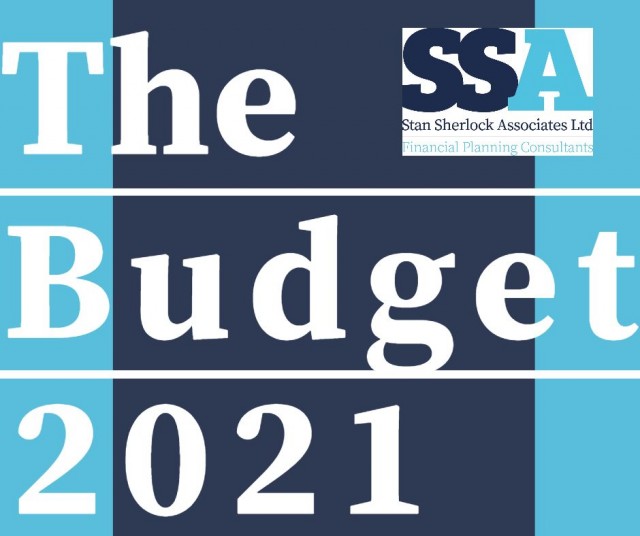 Chancellor of the Exchequer, Rishi Sunak, delivered his second Budget on 3 March declaring that "we will recover". The key fiscal event, which had been delayed from the Autumn due to the pandemic, centred on a £65bn three-part plan designed to continue supporting British people and businesses through the pandemic, 'fix' the public finances once recovery begins and lay the foundations for the future economy.

Economic Forecasts
The Chancellor began his statement by revealing the latest forecasts produced by the Office for Budget Responsibility (OBR) which provide hope of "a swifter and more sustained economic recovery" than previously expected. The economy is now forecast to grow by 4% this year and by 7.3% in 2022, which means it will regain its pre-pandemic level by the end of Q2 2022, six months earlier than November's forecast implied.

In terms of public finances, the OBR expects government borrowing to rise to a peacetime record of £355bn in 2020/21 in order to fund the government's economic support measures. As the economy reopens and emergency fiscal support is withdrawn, borrowing is forecast to fall back to £234bn in 2021/22. The Chancellor did not set any new fiscal targets in this Budget, though he did acknowledge that tax rises would be needed in the coming years to help repair the public finances.

COVID-19 Support Measures
Prior to Budget day, Mr Sunak had already announced a number of coronavirus support measures including an extension to the Coronavirus Job Retention Scheme, further support for a greater proportion of self-employed workers and details of the Restart Grant and traineeship schemes. During his speech, Mr Sunak reiterated that he "will continue doing whatever it takes to support the British people and businesses through this moment of crisis", before confirming details of the various initiatives that will see total fiscal support rise to over £407bn:

• The furlough scheme will continue until September with no change to employee terms, although in July businesses will be asked for a 10% contribution rising to 20% in August and September

• The Self-Employment Income Support Scheme will pay a fourth and a fifth grant, which will potentially be available to an additional 600,000 self-employed people

• A new Recovery Loan Scheme will replace existing government-backed schemes at the end of this month offering an 80% government guarantee on SME loans of between £25,000 and £10m

• £126m of new money will enable 40,000 more traineeships, with cash incentives for firms taking on an apprentice doubling to £3,000

• The 5% reduced rate of VAT for tourism and hospitality sectors has been extended until the end of September followed by an interim rate of 12.5% for a further six months

• A £5bn Restart Grant scheme will provide grants of up to £18,000 for high street businesses.

Personal Taxation, Wages and Pensions
The Chancellor will freeze personal tax thresholds and increase tax rates on corporate profits in a policy he says is "progressive and fair."

From April, the Personal Allowance will rise with inflation as planned, to £12,570, before 20% Income Tax becomes payable. The Income Tax higher rate threshold, at which people start to pay tax at 40% will rise to £50,270. Both thresholds will remain at these levels until April 2026 (rates and thresholds may differ for taxpayers in parts of the UK where Income Tax is devolved). As previously announced, the National Insurance threshold will rise to £9,568 from April and the Upper Earnings Limit will be £50,270.

The Capital Gains Tax annual exemption will also remain frozen at £12,300 for individuals, personal representatives and some types of trusts, and £6,150 for most trusts.

The National Living Wage will rise to £8.91 per hour and for the first time will include those aged 23 and over. The Lifetime Allowance for pensions will stay at its current level of £1,073,100 until April 2026. As previously pledged, the new single-tier State Pension will increase from £175.20 a week to £179.60 in April 2021. The older basic State Pension will increase from £134.25 to £137.60 per week. The rise is the result of the triple-lock system, whereby the State Pension rises in line with CPI inflation, average earnings, or 2.5%, whichever is the highest. For this year, the increase is 2.5%.

Business Taxes
In 2023, the main rate of Corporation Tax, paid on company profits, will increase to 25%. Businesses with profits of £50,000 or less will continue to be taxed at 19%. A tapered rate will also be introduced for profits above £50,000, so that only businesses with profits of £250,000 or more will be taxed at the full 25% rate. A temporary super-deduction tax incentive will cut companies' tax bills by some 25p for every £1 they invest, by providing allowances of 130% on qualifying investment in new plant and machinery.

Housing
A three-month extension to the temporary Stamp Duty Land Tax 'holiday' in England and Northern Ireland was announced, with the £500,000 threshold at which SDLT starts to apply now set to end on 30 June. A threshold of £250,000 applies for a further three months, with the regular £125,000 threshold returning from 1 October 2021.

The Chancellor introduced a new mortgage guarantee scheme. From April, the government will provide guarantees to UK lenders who offer mortgages to buyers to secure a loan with a 5% deposit on a property of up to £600,000 up to 31 December 2022.

Environment and 'Help to Grow' Initiatives
Mr Sunak outlined his plans for Britain's "future economy", with a "commitment to green growth" at its heart. He announced:

The Chancellor signed off saying, "An important moment is upon us. A moment of challenge and of change. Of difficulties, yes, but of possibilities too. This is a Budget that meets that moment."