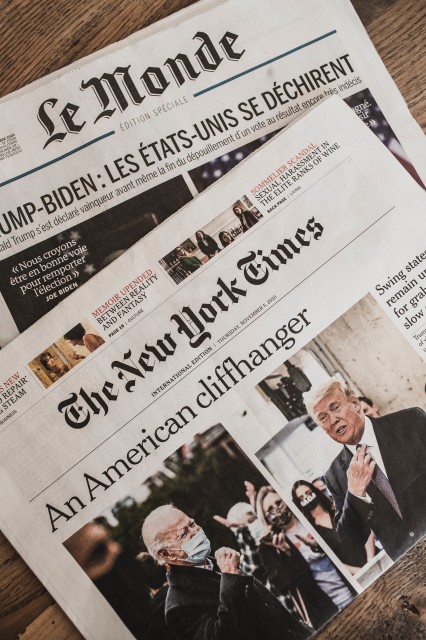 After days of tension, news came in over the weekend that Joe Biden won the key battleground of Pennsylvania, 20 electoral votes was enough to push him over the magical 270 threshold, securing his bid to become the next US President and take up residency in the White House. However, things aren't clear cut, as the Trump campaign has indicated the incumbent President does not plan to concede, amid claims of voter fraud.

Global stocks responded positively to the prospect of a Biden presidency, after days of uncertainty. On Monday, the FTSE 100 topped the 6,000 mark for the first time in a month and had its best day since March, adding £70bn to its value. Both the Dow Jones and the S&P 500 reached intraday all-time highs and shares in Japan hit a 29-year high. Stocks experienced a more modest rally on Tuesday, investor caution capped gains, with tech shares remaining under pressure.